Everything (official) you need to know about me.
I also share on Twitter, think on medium, and do my best to appear professional on Linkedin.

Zélia is currently redesigning the agency model, by combining data and user centricity, to create products and services people actually want and care about. She has been leading teams of all sizes and shapes (from 2 to 20 people), under a variety of titles ranging from Creative Director, Head of creative and design, Head of Experience, Partner (Design) .

She helps clients figuring out what the most creative and efficient solution to their problems are. Her skills range from facilitation, design, strategy to simply taking decisions others don't dare to take.
She has designed a variety of products in the past, but enjoys designing organiations and processes the most.

She has been speaking on international stages at Eurobest, the ADCe Festival of Creativity, the Future Days, Front and United and soon at the Nordic Davos, Åre Business Forum.

She started her career about 10 years ago, at the French agency Casus Belli, before calling London home and leading some pan-european advertisement campaigns at Amazon. She moved to Sweden in 2013, and has worked globally across the Deloitte Digital network. Her most recent move was to Tokyo in 2018, where she works across the APAC region.

During that time, she's been working with customers ranging from Samsung, Volvo or Electrolux to Jean-Paul Gaultier and Cartoon Network. She has earned her marks around mobile experiences, collecting a variety of awards ranging from MMA Smarties, Grand Prix Stratégies or Grand Prix du Brand content.

As a French native, she's got the ability to swear like a well-educated sailor in three and a half languages and is a worthy opponent at Cards against Humanity.

At home, Zélia is a mother of a young girl, that pushes her to get better. She has a cat, plays video games, reads a lot, and learns new languages. 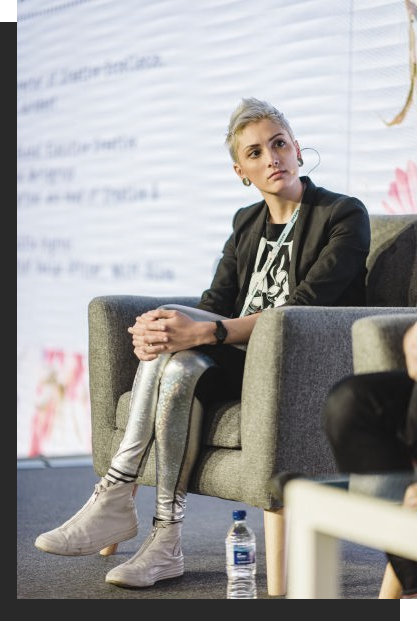